A shortage of aircraft meant that only one Company could be inserted by glider, with the remainder travelling by sea. The Battalion formed up in the Ranville area on 7 June and took up defensive positions occupied by the 12th Parachute Battalion at around 17:00 hours.

Later that evening the Battalion positions were subjected to enemy mortar and machine gun fire. Their positions were then also attacked by enemy aircraft with anti-personnel bombs. Private Bickle is believed to have been one of three soldiers killed during these attacks. 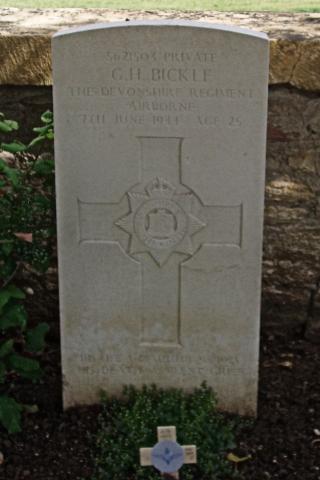