He was posted to Battalion HQ, 9th Parachute Battalion.

CSM ‘Dusty’ Miller was a member of the Army Physical Training Corps, and he was amongst the first to land in Normandy as a part of Major Smith’s three-man reconnaissance party, who were to report on the state of the defences at the Merville Battery in advance of the main body of the Battalion. For his part in this and subsequent actions he was awarded the Military Medal:

This Warrant Officer was in Major Smith's reconnaissance party for the battery. By his initiative and courage he enabled Major Smith to produce a comprehensive report of the enemy defences. He then went on his own into enemy occupied territory to assist Lieutenant Pond's glider without any thought of his own danger.

On the next day he was wounded, but returned to duty as soon as his wound was dressed and continued to fight until he was no longer able to stand, and had to be evacuated, thereby showing a fine example of courage and determination.'

Acting RSM Miller took part in the Rhine Crossing in 1945. 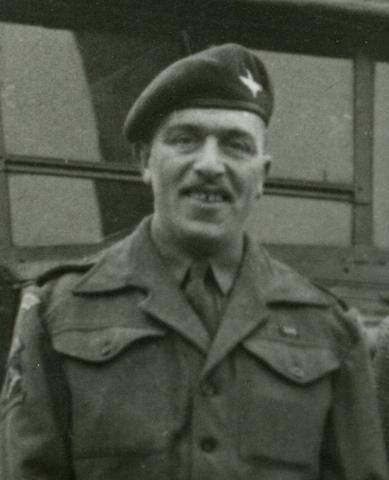