Geoff Mitchell served in The Norfolk Regiment prior to volunteering for The Parachute Regiment during World War II.

He qualified as a military parachutist on course 20, which ran at RAF Ringway from 27 July to 3 August 1942 and was posted to A Company 2nd Parachute Battalion.

Mitchell fought with the battalion in North Africa, Sicily, Italy and Arnhem.

During the Battle of Arnhem, Mitchell served in Sgt Neville Ashley's section as an Assistant Bren Gunner and was wounded by 20mm cannon fire during the initial assault on the pill box on the road bridge. He survived and was held as a Prisoner of War until Spring 1945.

Mitchell was subsequently posted to 9th Parachute Battalion and served as a Sergeant with them on operations in Palestine. 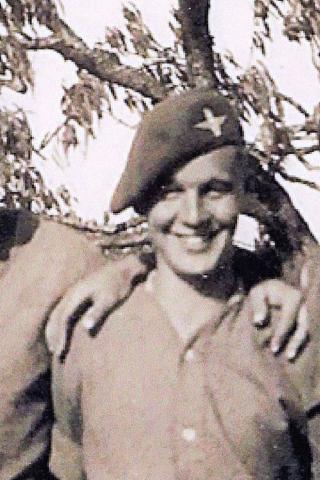