Gary Parkins joined the Parachute Regiment in January 1973 and went to Depot Para at Aldershot with 389 Training Platoon. On completion of training he was posted to 2 Platoon, A Company 3 PARA.

Back in the UK and Private Parkins took part in the Presentation of Colours by Her Majesty the Queen at Rushmoor Arena in Aldershot on 15 July 1974. In September he went to Germany for exercise 'Bold Guard'.

In 1975 Pte Parkins went on exercise to Italy where on his return he was posted to battalion HQ and promoted to Lance Corporal. From early November to December he saw service in the Sudan for desert training returning to the UK in time for Christmas.

L/Cpl Parkins joined the advance party on 11 April 1976 to South Armagh 'Bandit Country' with the battalion arriving on 15 April.

He then took part in exercise 'Jowar' in the Sudan for desert training and jumped into the exercise with the Sudanese Parachute Brigade.

On the announcement that 16 PARA Bde was to be disbanded and 3 PARA were to be posted to Germany, he decided to leave. That February the battalion changed from their traditional Denison jump smock to the DPM (Disruptive Pattern Material) camouflage. He did rear party whilst the battalion left for Germany and was one of the last to wear the Denison jump smock prior to him leaving on March 1977. 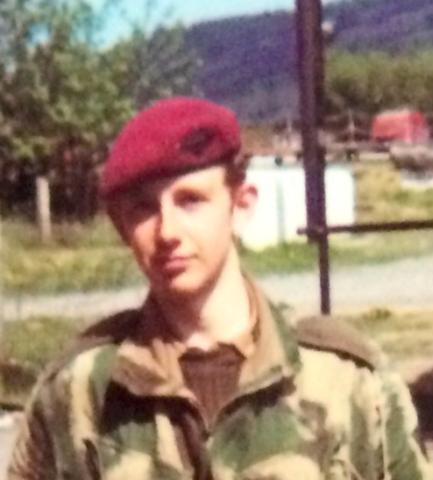