Frederick Anderson Strachan, son of Robert and Helen Strachan; husband of May Strachan, of Birkhill, Angus, enlisted in the Royal Armoured Corps on the 20 March 1940, and then volunteered for Airborne Forces.

Private Strachan successfully completed his parachute training at RAF Ringway, in early 1941, and was then posted to ‘Q’ Troop, 11th S.A.S. Battalion. In August 1941 the Battalion was to become the 1st Parachute Battalion of the 1st Parachute Brigade and all the old Troops were converted to Company’s and Platoons, with Pte. Strachan, and several others from ‘Q’ Troop, ending up in No 4 Platoon, ‘R’ Company. However, this was in turn broken up, as each Company would only have three Platoons and Pte. Strachan became an Orderly in ‘R’ Company Headquarters.

By the Summer of 1944 he was serving in No 1 Platoon of ‘R’ Company, under the command of Lieut. Michael Kilmartin.

Pte Strachan was killed in action on 25 September 1944, aged 29, in the Oude Kraan area of Arnhem. He has no known grave and is commemorated on the Groesbeek Memorial to the missing. 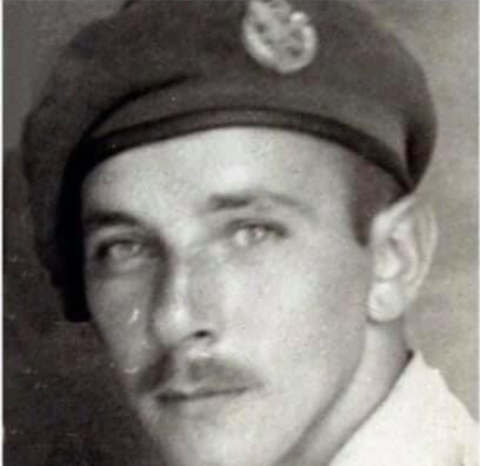