Frederick Mallender began his military service on 6 June 1944, at the age of 17 and a half. He initially joined the Navy, before transferring to 1st Battalion, Black Watch.

He subsequently transferred to Airborne service with 1st Parachute Battalion, serving in Germany (as part of the army of occupation). Also served in Palestine (as early as 1946) and Egypt during the Canal Zone emergency.

Whilst serving in Egypt, travelling in a jeep escorting nurses, the vehicle hit a landmine. He was recorded as Missing In Action (MIA) for three months, before he was discovered in an Egyptian Hospital with chest injuries.

He was eventually demobilised in February 1948. After leaving the Army, he became a respected bricklayer and then a fitter for the Coal Board. He died at the age 64. 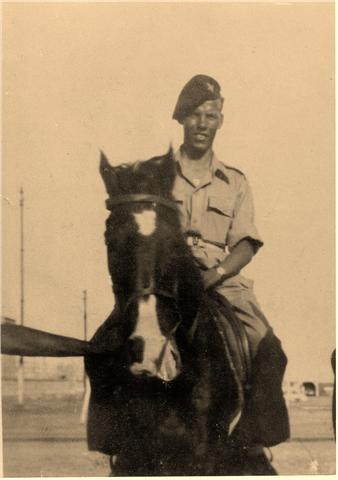