Lance Corporal Frederick Jackson, born in South-east London, was the son of Frederick and Louisia Jackson, and husband of Iris Georgette Jackson, of Beckenham, Kent. He originally enlisted with the Cameronians (Scottish Rifles), before transferring to 3 Platoon, ‘A’ Company of the 7th (Light Infantry) Parachute Battalion (who at the time was nearly entirely made up with men from Scottish Regiments).

The platoon was split into two sticks for the D-Day drop; one stick landing several miles away, not getting back to the battalion for some days. Lance Cpl Jackson landed successfully with his stick on  DZ ‘N’. With Lt. Hunter, L/Cpl Davey, L/Cpl Jackson, Pte Cockburn, Pte Gurney, Pte Bembury and Pte Mills he moved forward into the village of Benouville, where he was killed in the subsequent fighting. Late in the afternoon, he volunteered to escort a group of 23 German Prisoners that had been rounded up, down to the bridge for interrogation with plans to return to 'A' Company. During this journey it is believed that he was killed by a sniper's bullet. 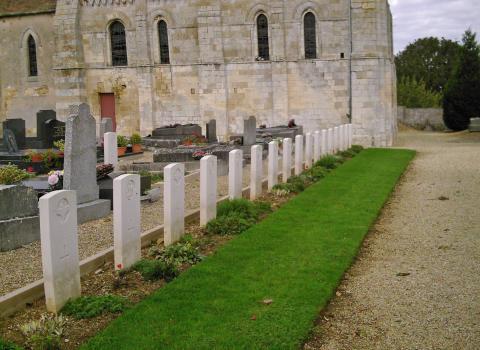