Sergeant Frederick John Hoath was the son of Samuel and Edith Mabel Hoath, and husband of Julie Hoath, of Kilburn, Middlesex.

He served with as Troop Sergeant of C Troop, 1st Parachute Squadron, Royal Engineers, and took part in the Battle of Arnhem, during Op Market Garden.

Sergeant Hoath died on 20 September 1944, aged 27 years old and was initially given a field burial in the garden of the Ter Horst family home which was used as a Regimental Aid Post (RAP).

He is now buried at Oosterbeek War Cemetery, Arnhem. 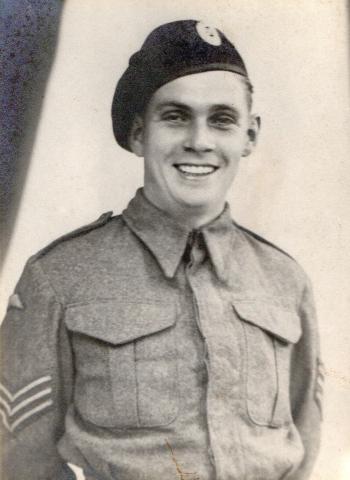