Trooper Frederick Henry Davey was the son of Thomas and Elsie Davey, and husband of Elsie Florence Davey, of Leytonstone, Essex.

He served with B Squadron, 6th Airborne Armoured Recce Regiment, Royal Armoured Corps, and took part in the Normandy campaign, during Op Overlord.

On 20 August the regiment was ordered to reconnoitre bridges across River La Touque around Pont L'Eveque as 6th Airborne Division advanced out of the defensive positions established around the Normandy bridgehead.

Trooper Davey was deployed on one of the B Sqn patrols on that day and killed during a firefight with German forces. 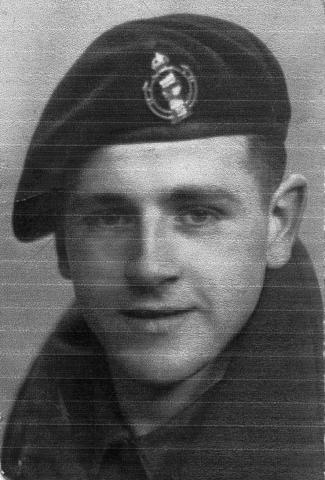