Frederick Topham, of the 1st Canadian Parachute Battalion, (attached to 3rd Parachute Brigade, 6th Airborne Division) was 27 years old, and a corporal (medical orderly) when the following deed took place for which he was awarded the VC.

On March 24th 1945, east of the Rhine, Germany, two medical orderlies were killed while attending to a wounded man lying in the open. Corporal Topham, on his own initiative, went out to the wounded man and while he was attending to the casualty, he was shot through the nose. In spite of his wound he carried on, bringing the wounded man in under continuous fire, and refusing to have medical treatment until all the casualties had been cleared. Later in the day he rescued three men from a carrier which had been hit, regardless of the fact that the carrier's own ammunition was exploding. 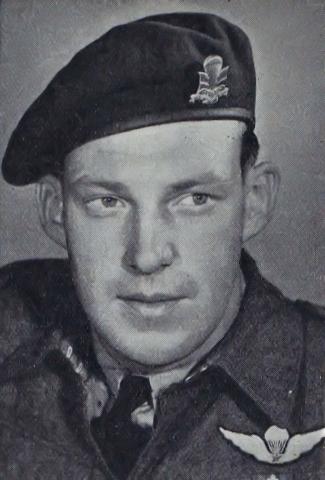