He qualified as a military parachutist on course 75, which ran at RAF Ringway from 26 July to 6 August 1943. The course instructors’ notes record 'Finished in good style.' L/Cpl Glover was posted to A Company 9th (Essex) Parachute Battalion, with whom he fought in the Normandy campaign.

Fred Glover was wounded whilst in glider number 27 as they landed in Normandy, and was taken as a PoW until he managed to escape from a hospital.

Before long he had returned to his battalion and later saw action in the Battle of the Bulge and the Rhine crossing.

You can read of Fred Glover's capture and escape below. 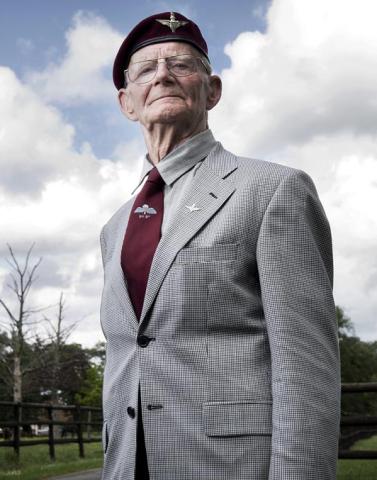