Frederick Edwards was born in Bridgnorth in 1913. After leaving school, he became a farm hand before joining the Army.

Frederick enlisted to the Worcestershire Regiment on 9 August 1933, and was posted to the 2nd Battalion. The Battalion was sent to Shanghai, China in October 1933 and Pte Edwards remained with the Battalion when it was sent to Sialkot, India in 1936. During the late 1930s early 1940s Frederick was appointed acting Lance Corporal and had also established himself as an English instructor; he had also undertaken St John's Ambulance and first aid training at the local British Military Hospital.

The Battalion was still in India on the outbreak of the Second World War and remained stationed there in the early years. Frederick transferred to Airborne Forces whilst still stationed in India, and joined the fledgling 151 Parachute Battalion on 24 November 1941. After completion of his Parachute training in India, the Battalion was ordered to reinforce the Middle East Force in North Africa.

The Battalion travelled to the UK in December 1943, and it is likely L/Cpl Edwards remained with the Battalion in 'rear party' role. He would not serve on any further Airborne operations and did not take part in the Battle of Arnhem. When the Battalion was reformed in the UK, it appears likely that L/Cpl Edwards was reassigned during subsequent reorganisation. He joined the Army Air Corps Depot in February with whom he served until finally being demobbed in November 1945.

Frederick established a career with the Admiralty Constabulary after his demob, and remained with the service until May 1954. After leaving the service, he established home in Kidderminster with his family. 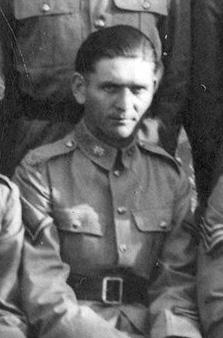