Frederick ‘Freddie’ Edward Templer was commissioned into the Royal Ulster Rifles in 1934 and saw service in Palestine and the north-west frontier of India prior to the outbreak of the Second World War.

He later volunteered for airborne forces and qualified as a military parachutist in India.

Templer was instructed to form the pathfinder company for 44 Indian Airborne Division. (Later redesignated as 2nd Independent Pathfinder Company when the division was renamed.)

The nucleus of his company was made up of former ‘Chindits’ with the remainder mainly made up by reinforcements from the UK who were selected by Templer.

The company went into suspended animation late in 1946. Templer spent the last few months of his service in India with 15th (Kings) Parachute Battalion and then deployed to Palestine.

He later served as the second in command of 22 SAS Regiment in Malaya during the communist insurgency in the early 1950s. Templer led the development of parachute jumping into trees in the Malayan jungle, a technique which was used operationally by the SAS. He was appointed a Member of the British Empire (MBE) for his endeavours.

Freddie Templer left the army in 1958, living in the Portsmouth area and dealing in antiques. He died in 1977. 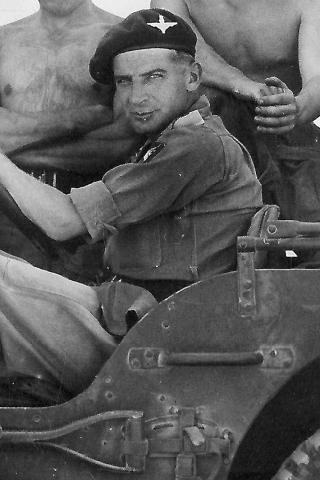