Frederick Allman came from Walsall and served with The Dorset Regiment prior to volunteering for airborne forces during World War II.

He qualified as a military parachutist on course 99, which ran at RAF Ringway from 19 January to 3 February 1944, and was posted to A Company, 2nd Parachute Battalion.

Pte Allman deployed with the battalion as part of the 1st British Airborne Division's assault to capture the Rhine crossings at Arnhem in Operation Market Garden on Sunday 17 September 1944.

Members of A Company fought at the bridge until they ran out of ammunition on Thursday 21 September, and it appears that Pte Allman was one of the few members to make it back successfully to the remnants of the 1st Airborne Division, who had established a defensive perimeter at Oosterbeek

Private Allman died on 25 September 1944, aged 19 years old, and was initially given a field burial near Oosterbeek station. He is now buried at Oosterbeek War Cemetery, Arnhem. 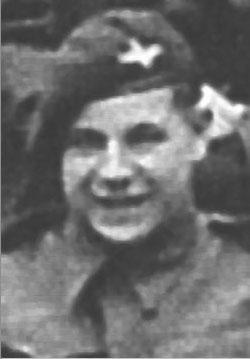