Private Fred Wilcock served with the Black Watch before he transferred to Airborne forces.

He served as the A Coy Storeman in 2nd Platoon, A Company of 13th (South Lancs) Parachute Battalion after completion of Parachute Course 126 in early August 1944. His instructor reported that he was ‘quite keen and good worker, good performance’.

After completing his training, whilst 6th Airborne Division were still deployed in Normandy, his first action was as part of the 6th Airborne response to the German counter-offensive in the Ardennes during the Winter of 1944-5.

Private Wilcock went on to serve at the Rhine Crossing, during Operation Varsity, and the March to the Baltic. Shortly after VE Day, he was deployed to the Far East.

On his return, he joined the Argyle and Sutherland Highlanders for the remainder of his service.

They were involved in clearing up the Japanese in Northern Malaya and in Internal Security duties in Singapore until December 1945. 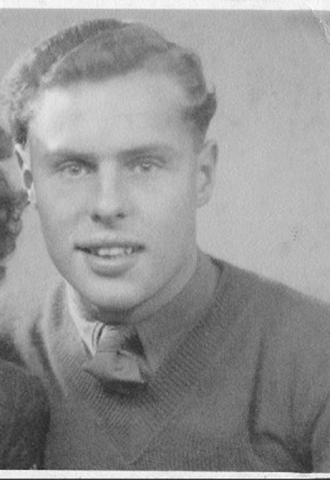