Frank Jagger was a member of the RAF, who after serving in South East Asia went on to PTS RAF Ringway, 1 May 1944.

He was born on 15 November 1920, in Blackpool, Lancashire. His civil occupation before he enlisted was recorded as 'Warehouse Man'. Frank joined the RAF 30 September 1940.

During his service at PTS Ringway he was an Instrument Technician. His records show that he attended a camera servicing course. This connection may have been where he met Frank Muir. Frank Muir went on to become a celebrity after the War on TV and radio.

Frank also worked with the Service Wing, a unit that maintained the aircraft used to train parachutists. Below is a list of the aircraft he helped maintain.

Frank was a keen musician, and played with the station dance band. The dance band held regular dances, playing an important role in maintaining morale for those on the station as well as the local civilian population around Ringway who were also invited. Frank met his future wife, who lived within a mile of the station at one of these events.

Created with information and images kindly supplied by Keith Jagger. 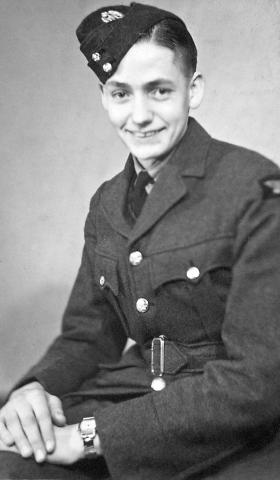