Captain Frank Horace Barclay, son of Horace William and Ethel Barclay, of Exmouth, Devon. After originally being commissioned in the Royal Artillery, he joined the Army Air Corps in October 1942. He served with D Squadron, 20 Flight, Glider Pilot Regiment and was awarded the Military Cross for his actions at Sicily in 1943. He also took part in the Battle of Arnhem, during Op Market Garden as Officer Commanding D Squadron.

After successfully escaping across the river and returning to the UK he was amongst a party of Glider Pilots en-route to India in December 1944.

Captain Barclay died on 5 December 1944 when Dakota FL588 from 24 Squadron RAF Transport Command, based at RAF Hendon, crashed on a snowy ridge in Ariege, near Mijanes in the Pyrenees, Southern France. 23 Airmen were onboard, 20 of which belonged to the GPR. Fifteen other men onboard died as a result of the crash. He is now buried in the Mazargues War Cemetery, Marseilles. 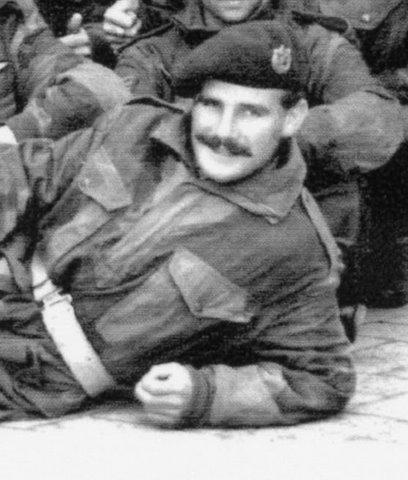