Frank Clark, son of Frank and Annie Clark and husband of Edith Marian Clark, of Bootham, York, enlisted into The Royal Armoured Corps and volunteered for airborne forces.

He fought in the Normandy campaign and took part in the 6th Airborne Division response to the German counter-offensive in the Ardennes, during the winter of 1944-5.

L/Cpl Clark was killed in action during the Battle of Bure on 3 January 1945, He was given a field burial in Bure, Tellin and later reinterred in Hotton War Cemetery on 20 May 1947. 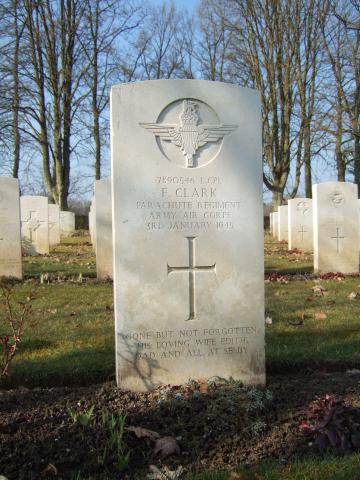