The Rev Prebendary Vere Hodge, who has died aged 94, was awarded an MC in 1943 in the invasion of Sicily and was subsequently ordained as a priest.

On the night of July 13/14, 1st Parachute Brigade dropped in the rear of the German lines on the Catania Plain. Hodge, serving with 2nd Battalion Parachute Regiment, landed at 10.30pm.

He was in command of a naval bombardment observation post (OP) on the high ground south of Catania, and the operation was to secure the Primasole Bridge, linking Catania with Syracuse. In the early hours of the morning the enemy launched a counter-attack in strength. None of the battalion’s heavy weapons was in place and the situation was critical.

Hodge moved his OP forward under heavy fire and so skilfully directed the fire of the cruiser Newfoundland’s six-inch guns that the attacking infantry took considerable losses and the assault was beaten off. The citation for the award to him of an Immediate MC stated that, throughout the operation, he had moved around under heavy shelling without regard for his own safety.

Francis Vere Hodge was born at Bere Regis, Dorset, on October 31 1919 and educated at Sherborne before going up to Worcester College, Oxford, to read English Literature and Theology. Enlisting in the Army in May 1940, he was commissioned in March the following year and posted to 458 Independent Light Battery RA, a unit that was later retitled 1st Air Landing Light Battery RA.

Hodge qualified as a parachutist at Ringway (now Manchester Airport), and in 1943 was appointed to No 1 Combined Operations Bombardment Unit. This was a new formation to provide forward observation parties to direct Royal Navy gunfire onto shore targets during amphibious operations.

These small parties comprised gunner captains and signallers and Royal Navy telegraphists experienced in high-speed morse communication. Hodge had suggested that there should be airborne parties in addition to those being landed by sea. This initiative was successfully put to the test during the Sicily landings.

Back in England, Hodge joined 7 Para, in 5th Parachute Brigade, part of 6th Airborne Division, to prepare for D-Day. On the night of June 5 1944 his party took off from Fairford, Gloucestershire, for the Drop Zone at Ranville. The bridge at Ranville was captured, and as the battle progressed Hodge used the lighthouse at Ouistreham as an OP. When the Germans knocked the top off, he made use of a church tower. One of his final shoots was with the battleship Ramillies, engaging targets 200 yards from Allied troops. He was mentioned in despatches.

After the war Hodge entered the Church and was ordained in 1948. A curacy at Battle was followed by his first living at Iping and Lynch, Sussex, and then a move to Kingswood, Surrey.

In 1965 he returned to his roots in Somerset, where he was appointed vicar to the Moorlinch and Greinton group of villages. In 1979 he became the first Bath and Wells Diocesan Rural Affairs chaplain. Primarily a country parson, Hodge saw his role as caring not only for his human parishioners, but also for the animals and land around him.

On his retirement in 1984 he maintained his active interest in ecclesiastical affairs and, as chairman of the trustees of Glastonbury Abbey, led the team which organised the financing and building of its visitor centre.

From 1984 to 1988 he was chaplain to the Yeovil and District branch of the Churches’ Fellowship for Psychical and Spiritual Studies. In 1979 he had been appointed Prebendary of Wells Cathedral, an honorary title awarded in recognition of his long and exemplary service to the diocese. He was for many years chaplain to the Bombardment Units Association.

Vere Hodge married, in 1942, Eleanor Connor. She predeceased him, and he is survived by their two sons and a daughter.

Profile image courtesy of The Telegraph. 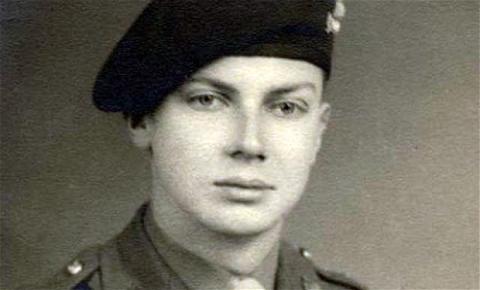