Francis enlisted as Francis McCloskey in Londonderry into the Royal Ulster Rifles Army Reserve on the 6 August 1937 and was posted to the Depot. In February 1938 he left the Army but remained on the Reserve List.

At the outbreak of the Second World War, he was posted to the 2nd Battalion, The Royal Ulster Rifles and on the 24 November 1939, embarked with the British Expeditionary Force (BEF) to France where he took part in the withdrawal to the Dunkirk perimeter. Pte McCloskey was one of the last to leave the beaches around Dunkirk on the 2 June 1940, having taken shelter in the dunes. After serving with the Royal Ulster Rifles for just under a year, Francis McCloskey went Absent Without Leave (AWOL).

However, on 1 February 1941, he re-enlisted in Belfast as Francis McCormick and was posted to the Royal Northumberland Fusiliers Depot. Later that year he volunteered for airborne forces and qualified as a parachutist on the 23 December 1941.

Pte McCormick was sent to North Africa with the 1st Parachute Battalion. Later he saw service in the Sicily campaign in July 1943 and the Italian campaign in September 1943, returning to the UK at the beginning of December 1943.

On the 17 September 1944, he parachuted into Arnhem, where he served as part of the Mortar Platoon, Support Company. During the battle, he took shelter in the house of a Mr and Mrs Bremen, where a Jewish man called Peter was also hiding in the chimney. When the Germans approached Peter warned Pte McCormick that they were coming, allowing him to avoid capture. Later when the order was given to reorganise at Oosterbeek Church to prepare to pull back across the Rhine, Pte McCormick went to fetch Peter and the two swam across the river to the Allied lines. Pte McCormick arrived back in the UK at the end of September 1944. After the war, he remained in contact with the Bremen family and was given a pair of small clogs that had hung by the fireplace in their house.  For his actions at Arnhem, Pte McCormack was cited for a Military Medal, but instead received a Mention in Despatches for his service.

On the 23 April 1945 he was promoted to Lance Corporal, before serving as part of the British Liberation Army in Denmark between the 8 and 31 May 1945. On the 10 May 1945, he received a Mention in Despatches for his service in North West Europe under the name “McCormack”. On his return to the UK, he was promoted to Corporal in June 1945.

In July 1945, Cpl McCormick was posted from the 1st Battalion to the 7th (Light Infantry) Parachute Battalion, and departed from the UK for the Far East. Between 7 September and 12 December 1945, he served in Singapore and then Batavia, where he was promoted to Acting Sergeant in March 1946 shortly before his return to Singapore, where he remained for five months. Confirmation of his Military Medal for service in the Far East appeared in the London Gazette shortly before his departure from Singapore on 16 August 1946.

In November 1946 he was released to the Reserve as Acting Sergeant McCloskey. After leaving he married Patricia Sykes, in April 1948, at St Etheldreda’s Church in Ely and was finally discharged from the Army in June 1959.

On his release to the Reserve the following testimonial was given:

“A man of outstanding personality who is an extremely competent and reliable N.C.O. He has a strong and cheerful personality and can always be relied upon to rise to the occasion in difficult times. Possesses a remarkable active service record having served in France 1940, North Africa, Sicily, Italy and Arnhem. He was Mentioned in Despatches at Arnhem. A most excellent man who I am sorry to lose.”

Sgt McCloskey died on the 3 August 1994. His medals, along with other items were kindly donated to the Airborne Assault Museum by his family. 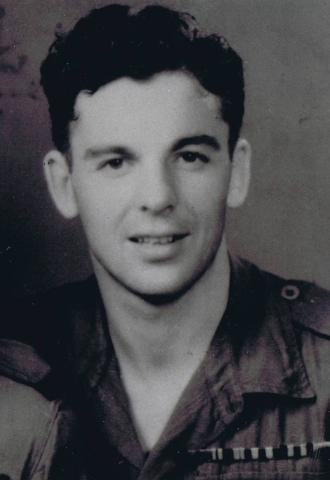