He was killed on 31 March 1945 aged 30 years old, the battalion’s war diary states that the battalion was moving between Coesfeld and Greven and that there were nine casualties that day. 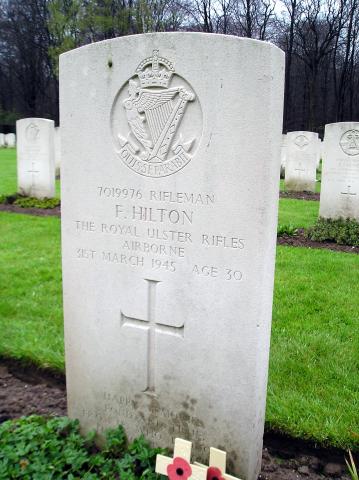