David Francis Hourigan, the son of Thomas and Mary Hourigan, was commission in the Royal Army Chaplains’ Department during the Second World War.

He was attached to the 1st Airlanding Brigade.

Father Hourigan was in Glider 10 with Battalion Headquarters on Operation Ladbroke in Sicily on 10 July 1943. Glider 10 a Waco barely made landfall on a cliff edge and ensnarled in barbed wire, the occupants came under fire from a searchlight position just a 100 yards away.Here in the confusion and probably wounded Father Hourigan was taken Prisoner of War by Italian Forces.

Information from Glider Pilots in Sicily by Mike Peters 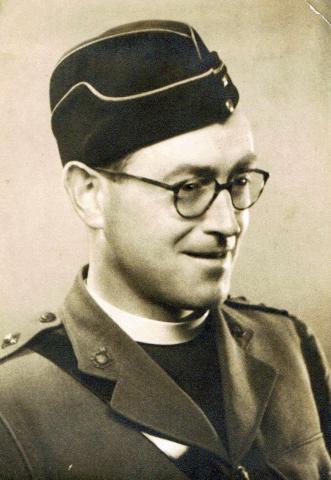