F Cook was a pre-World War II regular who enlisted into The Royal Warwickshire Regiment in 1923.

He was serving as Company Sergeant Major in 13th Battalion, The Warwickshire Regiment, when it was turned over to airborne forces and redesignated as the 8th (Midlands) Parachute Battalion in November 1942.

At the end of the following month, 17 officers and 193 other ranks from the battalion attended course 44, which ran at RAF Ringway from 28 December until 8 January 1943. The course instructors’ notes recorded the following assessment: “Very good performer. Good section leader.”

CSM Cook served with A Company and, at the age of 37 years, parachuted into Normandy on 6 June 1944 as part of the spearhead force to liberate France from German occupation.

He kept a diary of the company’s actions, written in pencil in two exercise books, until wounded by mortar splinters and deafened in one ear at the end of July.

CSM Cook was evacuated shortly after his injury.

He was supported by his wife through blindness in the later stages of life prior to his death in 1988. 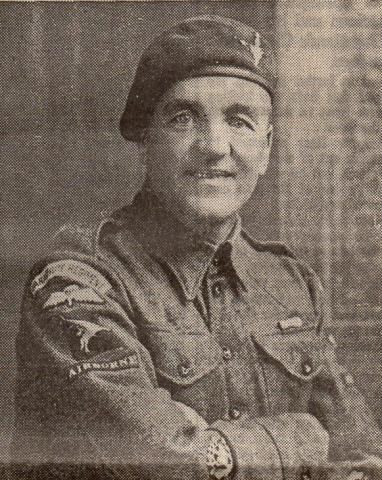