Ewart Brown was born in Nottingham in 1925 to Albert and Elizabeth Ann Brown (nee Sears).

He was enlisted into the General Service Corps on 11 March 1943 aged 17, with the desire to serve with the Royal Army Service Corps.

Corporal Brown served with 398 (Airborne) Composite Company RASC, part of the 6th Airborne Division from 1943-1947, and deployed on operations in North West Europe and Palestine.

He married Elizabeth Richardson in 1950 and they had two sons, born in 1951 and 1954. The family emigrated to Australia in 1957 although Ewart, his wife and youngest son returned to the UK in 1974.

He was proud of his service with the airborne forces during World War II and so are his family. 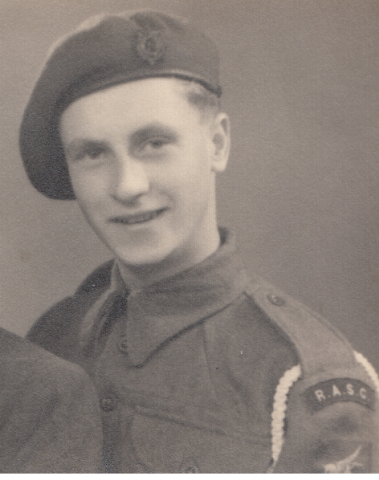