He volunteered for airborne forces in 1943 and qualified as a military parachutist on course 80, which ran at RAF Ringway from 30 August to 9 September 1943. The course notes record that he was a 'Good jumper'.

Sergeant Lambert was posted Porton Down before being transferred to the 7th Battalion, The Parachute Regiment.

He jumped into Normandy on D Day 6 June 1944 and later saw action in the Ardennes, the Rhine Crossing and as part of the 6th Airborne Division advance to the Baltic and then went to Palestine.

Sgt Lambert was killed in a riot on 10 September 1946 and is now buried at Ramleh War Cemetery, Israel. Last man to be killed in action from The 7th Battalion. 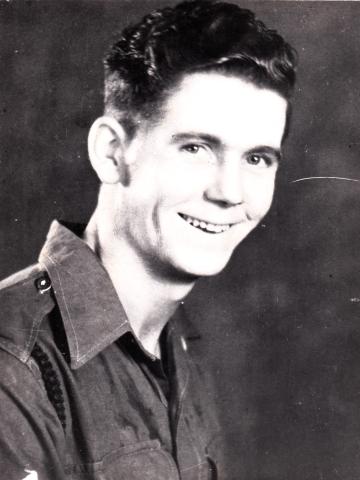