Ernest Maurice Lemon enlisted into The General Service Corps. He then transferred to The Buffs (Royal East Kent Regiment).

He was then ‘claimed’ by his brother 'Percy' in The 53rd (Worcester Yeomanry) Anti-Tank Regiment, which was redesignated as an Airborne Airlanding Light Regiment (RA) in 1943.

In 1943 he was in 211 Airlanding Light Battery RA, but does not appear to have jumped into Normandy with them, so by then he may have been in 210 or 212 Battery who went to Normandy by sea due to the lack of available aircraft. He saw active service in Normandy in June 1944, then during Operation Varsity and then proceeded through to the Baltic, until returning to Bulford in late May 1945.

Gnr Lemon then went on to qualify as a military parachutist, with his brother Percy, on Course B183 which ran at RAF Ringway from 22 October to 14 November 1945.

He then served in Palestine.

Ernest passed away at St Richard's Hospital in Chichester on Thursday 21 May 2015.
Read More 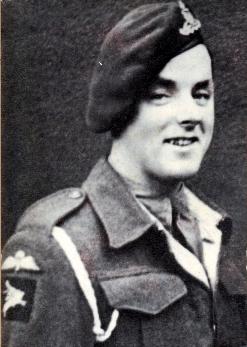