Upon completion of basic training he joined 1st (43rd) Ox & Bucks Light Infantry. Ernie was to have joined the 2nd (52nd) OBLI but due to a short term health problem this did not take place.

He later joined The Parachute Regiment, serving initially in the 7th Para Bn. This was redesignated as 3 PARA  in 1948, and formed part of 16th Independent Parachute Brigade.

During his service he was posted to Palestine, Germany, Cyprus and finally the Suez Canal Zone. He was transferred to the Army Reserve in April 1953 .

In June 1954, Ernie enlisted with the Canadian Armed Forces, and served with them until 1961-2, returning home to Britain as a civilian. 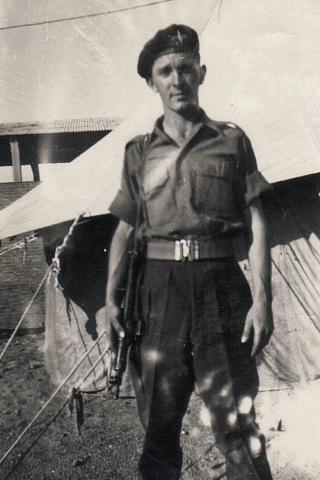