Gunner Acton died on 19 September 1944, aged 22 years old. He was initially given a field burial along the Amsterdamseweg, west of the pumping station, before being reinterred at Oosterbeek War Cemetery, Arnhem. 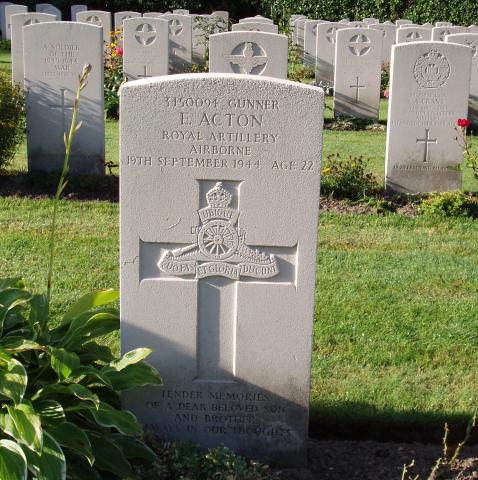