This page is in memory to my father Eric Seal.

Eric Seal was born in February 1920 and was serving in the Army early in the Second World War with 2/7th Battalion, Warwickshire Regiment when he volunteered for service in the new Airborne Forces in 1940. Eric is recorded on Parachute Course 13 in May 1942, although given his Airborne service, it is likely this was a refresher course following an earlier qualification.

Eric Seal served with No 2 Commando, and 11 Special Air Service (SAS), before the unit became the 1st Parachute Battalion. Sgt Seal was part of 5 Platoon, S Company during the North African campaign, and later in Sicily and Italy in 1943.

He was sent to Arnhem on the Second Lift on 18 September 1944, and arrived by glider. The glider was hit on landing however, destroying the jeep and its contents, and he had to join the Battalion on foot. CQMS Seal was one of few to escape at the end of the Battle, returning to Allied lines across the Rhine.

Here we were in Tunisia: two platoons of "S" Company, including my own, with a small detachment of Engineers, and a three-inch mortar group under Sgt Tucker. 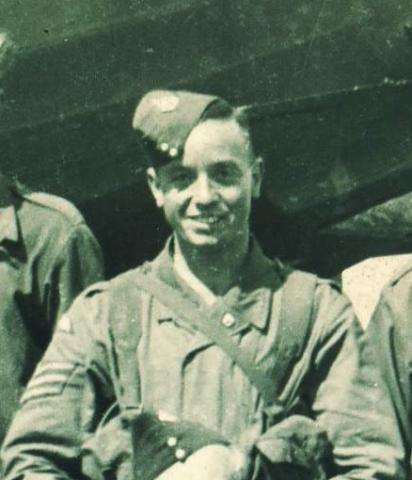