Eric Kamstra enlisted in September 1944 to The Royal Army Service Corps at Brancepeth, Co Durham and became a driver. Later, in 1946 he was posted to Palestine for approximately five months.

His service in Palestine included postings to 716 (Airborne) Company RASC followed by an attachment to Headquarters 1st Parachute Brigade based at Camp 21, near Nathanya. The Brigade had recently arrived in Palestine and was responsible for the Samaria Civil District

Eric embarked for the UK on 29 June 1946 and continued to serve with the RASC until posted for release in February 1948. He was formally placed on the Army Reserve List in May 1948

Compiled by ParaData (HG) with the assistance of Caroline Kamstra 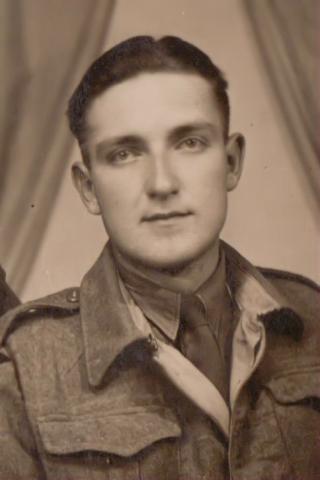