Eric Donald Lay was born and raised in Somerset. He served with 210 Battery, 53rd (Worcestershire Yeomanry) Airlanding Light Regiment RA, after he was enlisted into the Royal Artillery during World War II. 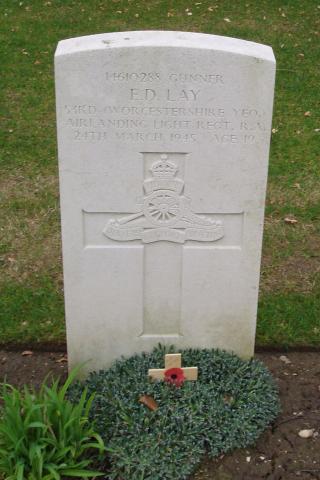