Eric Champion enlisted into the Hampshire Regiment before volunteering for airborne forces 1942.

After completing selection and ground training at Hardwick Hall, he was posted to the 3rd Parachute Battalion and attended one of the early parachute training courses at RAF Ringway, the 4th Advanced course from 3 to 7 February 1942, which involved night jumps from the balloon and training to jump alongside arms containers from a Whitley.

It is likely that Private Champion served in North Africa on Operation Torch, Sicily and Italy before returning to the UK in December 1943.

Pte Champion jumped as a Provost member of Headquarters Company into Arnhem on 17 September 1944 on Operation Market Garden.

He was Killed in Action on 19 September, aged 26 and buried by Dutch Red Cross in the grounds of the St Elizabeth’s Hospital.

Pte Champion has no known grave and is commemorated on panel 9 of the Groesbeek Memorial to the Missing, Groesbeek Canadian War Cemetery, nr Arnhem. 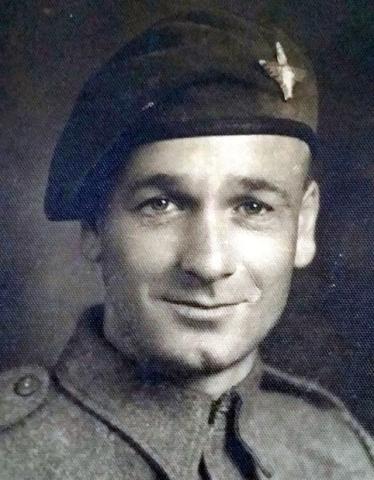