Corporal Eric Cecil Baker, son of Cecil Edwin and Jane Baker, of Pudleston, Herefordshire, served with 7th (Light Infantry) Parachute Battalion. He took part in the 6th Airborne response to the German counter-offensive in the Ardennes during Winter 1944-5. 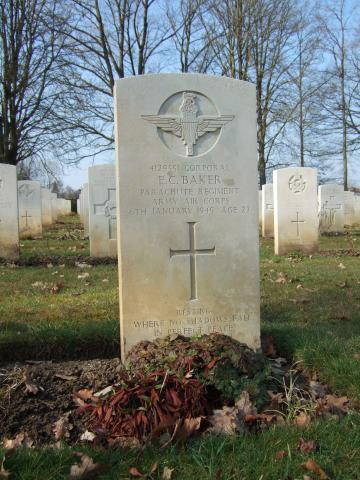