Private Eric Allwood, son of Thomas Henry and Evelyn May Allwood, of Rainworth, Nottinghamshire, served with 16 Platoon, D Company of 7th (Airborne) Battalion, King's Own Scottish Borderers. He took part in the Battle of Arnhem, during Op Market Garden. 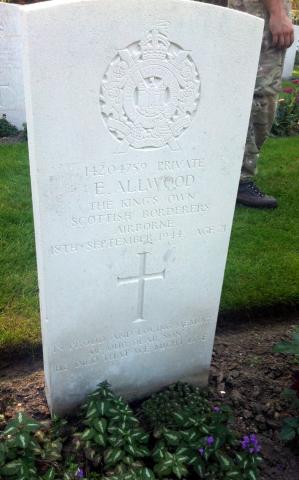