Ellis 'Dixie' Dean was granted an emergency commission on 7 August 1943.

He initially served at the Airborne Forces Depot at Hardwick Hall and later joined the 13th (Lancashire) Parachute Battalion.

Dixie served with the Battalion throughout the campaigns in North West Europe in 1944-45 and went on to serve  in the Far East.

He was awarded the Military Cross for his actions at the Battle of Bure, reported in the London Gazette on 24 January 1946. The citation records:

“Lt Dean jumped into Normandy on 6th June 1944, as Machine Gun Officer, 13th Battalion (Lancashire) The Parachute Regiment. Throughout the campaign in Normandy he commanded his Platoon with outstanding skill, courage and devotion to duty.
In the Battle of Bure in Belgium 3rd January, a German Royal Tiger Tank with infantry escorting, was advancing down the village street covered by the guns of Lt Dean’s Platoon. A gun team was hit and all killed or wounded.
At point blank range, Lt Dean crossed the street. He carried the only survivor to safety, then, inspite of heavy fire from the tank not 100 yards away, he returned for the gun. He returned to command his platoon as imperturbable as ever.
He again jumped with his Machine Guns into Germany over the Rhine on 24th March. During this campaign his conduct, cheerfulness, and leadership have been beyond praise, and a wonderful example to all ranks.”

He stayed on in the Army after the war and later served in the Territorial Army until 1967.

Lieutenant, later Major Dean MBE MC TD, became the archivist of the 13th Battalion after the war and wrote an unpublished account of their exploits: "13th Battalion The Parachute Regiment: Luar 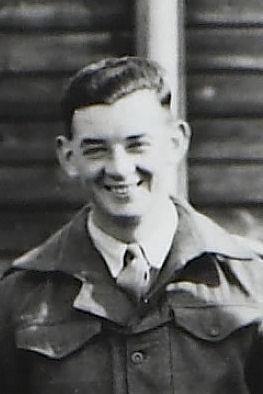