Elefteris 'Glenn' Christodoulou was a Greek Cypriot who served with British Airborne Forces as part of 9th Field Company (Airborne) RE, and later 9 Parachute Squadron RE.

Elefteris was born in Mitsero in Cyprus in 1926. He joined 9th Field Company (Airborne) RE from the Cyprus Regiment during the Second World War, and remained with the unit as it converted to a parachuting role as 9 Parachute Squadron RE.

During his Airborne service, he served in the latter stages of the Second World War before taking part in operations to Palestine and the Canal Zone in the late 1940s and early 1950s.

He left the Army in May 1955 when he met wife-to-be Lilian Barker who was working in the NAAFI Club in Aldershot as a waitress.

The couple lived together at their Aldershot home until his death in February 2012, and have five children, numerous grandchildren and great-grandchildren. 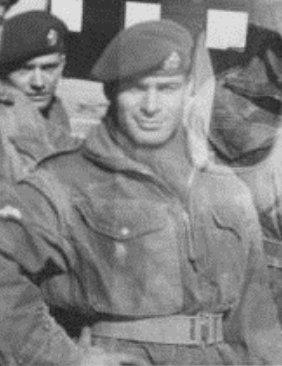