Corporal Edward Robert Hamlin Banbury was the son of Edward Robert Horder and Kathleen Banbury, and husband of Violet May Banbury, of Eastleigh, Hampshire.
He served with 3rd Parachute Squadron, Royal Engineers, and took part in the Ardennes offensive in the winter of 1944-5. 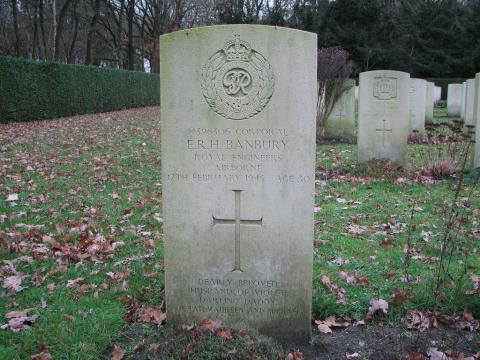