Private Nunn attended parachute training course number 198 at Upper Heyford between 26 August and 30 September 1946, but did not complete due to a concussion caused by a head whip on a night landing. It was classed as a ‘C’ type injury, causing over 7 days of disability. Once he was recovered, Private Nunn returned to Upper Heyford on course number 199, and completed his training on 4 October 1946.

He was posted to the Reserve Battalion at Talavera Barracks, Aldershot where he became Company Clerk for B Coy.

By Rebecca Blackburn with information supplied by Edward Nunn 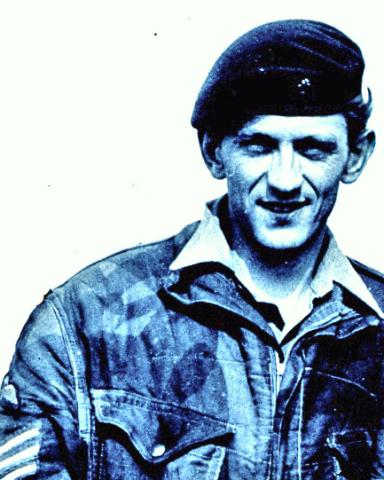