Edward Neil Whitley was the son of William and Elizabeth Frances Whitley, of Ashburton in Devon, and husband of Eileen Zender Whitley, BA (Cantab.), MRCS, LRCP.

He was granted an emergency commission, as a Lieutenant, into the Royal Army Medical Corps on 7 November 1942 and posted to No1 Depot RAMC at Aldershot.

In December, after two weeks with 16 Light Field Ambulance, he was posted to 91st Anti-Tank Regiment, Royal Artillery, formerly 5th Bn The Argyll and Sutherland Highlanders.

He subsequently volunteered for airborne forces and was posted to 224 Parachute Field Ambulance in July 1943; attending RAF Ringway for parachute training on Course 79, which ran from 23 August to 2 September 1943. The course required students to undertake 3 balloon descents, including one at night, and five aircraft descents. The instructors'  notes record that Lt Whitley was "Cheerful and keen. Performed very well."

Promoted to War Substantive Captain on 7 November 1943, he parachuted into France on 6 June 1944 attached to 13th (Lancashire) Parachute Battalion. He was wounded on 10 June by shell fire, and died from shrapnel wounds after repatriation to Stoke Mandeville Hospital on 29 August 1944.

His death was reported in the British Medical Journal on 16 September 1944, as follows:

"CASUALTIES IN THE MEDICAL SERVICES
Capt. EDWARD NEIL WHITLEY, R.A.M.C., who was wounded in Normandy in June and died at a hospital in England on Aug. 29, aged 26, studied for the medical profession at Cambridge and at the London Hospital, qualifying M.R.C.S., L.R.C.P. in 1942; in November of that year he joined the R.A.M.C. as a temporary lieutenant, after serving as receiving-room officer at the London Hospital."

He is now buried at St Peter's Church, Buckland-on-the-Moor, Devon.

Profile created with assistance from Michael Whitley and Phil Jennett 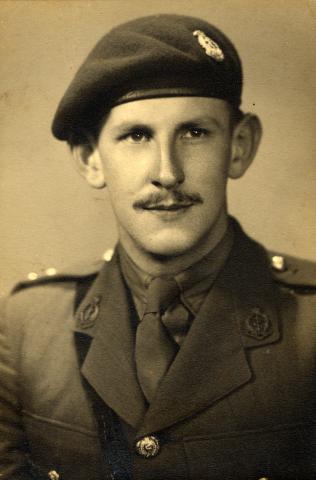