Edward Blackburn from Denton Grove, Westerhope, Newcastle-upon-Tyne was the husband of Elizabeth and father of Edward Jr.

Private Edward Blackburn enlisted in March 1943 into The General Service Corps before being transferred to the Royal Army Service Corps.

He volunteered for airborne forces in November 1943 and qualified as a military parachutist on Course 96 which ran from 16 to 30 December 1943, his course report states: ‘Good parachutist. Very agile and keen performer.’

Private Blackburn was sent to the Holding Battalion before being posted to the 12th (Yorkshire) Parachute Battalion.

He took part in the D-Day landings to Normandy, during Operation Overlord on 5-6 June 1944. Private Blackburn died on 7 June 1944, aged 20 years old. He is now buried at Ranville Churchyard, close to the War Cemetery, Normandy.

By Wendy George with information from Mick Gouldburn (nephew) 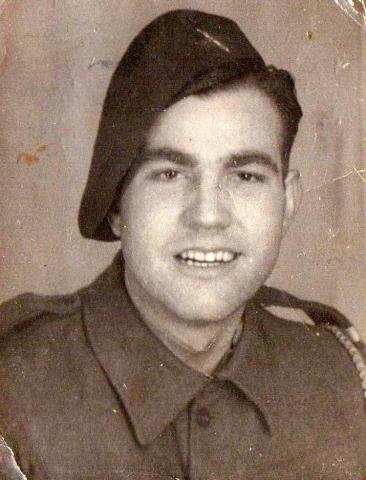