Joined Mortar Platoon 10(V) Para as a Tom based at Leigh-on-Sea whilst still at school in 1983, passing P Company in the summer holidays of Lower 6th and my wings shortly afterwards. After University and Sandhurst had to do P Company all over again and served in F(Sphinx) Para Bty, 7 Parachute Regiment, RHA in Aldershot. Served in Norway, Cyprus, Malaysia and Belize where I got on the wrong end of a Fer de Lance Pit Viper which subsequently led to an early retirement with a disability pension.

Reached the rank of Captain finishing my service in 1992 as Air Adjutant responsible for Pre-Para and air ops. 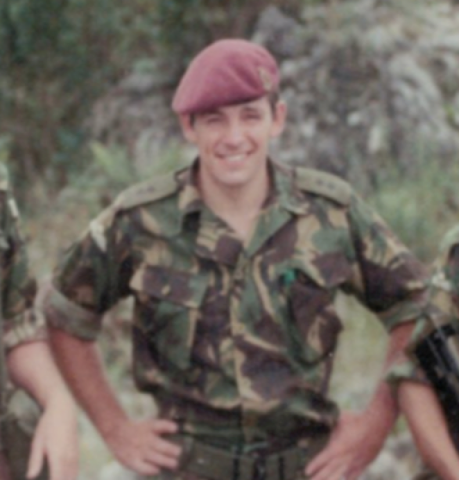