Donald Hicks joined the Army in Huddersfield on 11 March 1943 aged only 17 years old, after working as a Woolen Spinner. His record shows he altered his date of birth to sign up as early as possible(!)

Following service in the latter stages of the war, he joined 716 (Airborne) Light Composite Company RASC when he passed his Parachute Course in April 1945. Joining the unit on their return to the UK from Denmark, he took part in a reinforcement to the 1st Airborne Division troops undertaking the disarmament of civil reorganisation on Norway in late-July 1945.

After a brief leave period he went with the Company to Palestine as part of the 6th Airborne Division and served in vehicle patrols on deployment until 1947. After returning to the UK, he was demobilised and placed on the Army Reserve List for three years.

In July 1950, his Army Reserve service was terminated to allow him to re-enlist for a short service assignment of 3 years. He initially joined the Royal Corps of Signals but moved back to the RASC at the end of 1950. He served as a Cook and Driver with the Royal Army Service Corps for three years, during which time he had a fourteen month deployment to Germany as part of the British Army of the Rhine (BAOR). By 1953, he was part of 102 Royal Army Service Corps and became a Lance Corporal before he left the services in mid-August 1953.

He remained part of the veterans community in the Parachute Regiment Association and maintained links with the Airborne RASC Association. 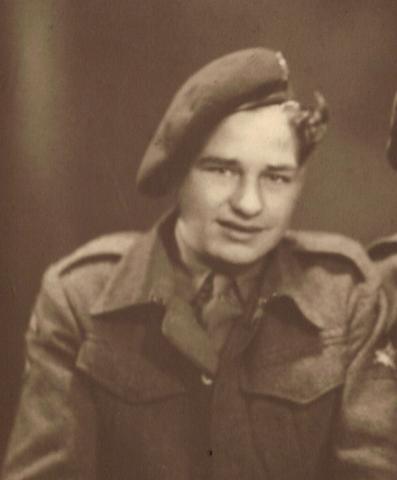