Donald H Newman enlisted into the British Army at Chatham on the 13th February 1950.

In 1951 Don Newman was promoted to Junior Non - Commissioned Officer (JNCO) in Egypt where he attended a PT instructors course.

Following his service in Malaya, Germany, Cyprus and the Persian Gulf over ten years, Don was promoted to Staff SNCO. During this time he served two years with the SAS. In 1962, he took a permanent role as an instructor with the TA based in the United Kingdom.

By 1964, Don was promoted to WOI (Warrant Officer Class 1) and he became the instructor for the strategic reserve. Following this Don was posted to a parachute unit, where he helped in the administration of over 200 men. Whilst in this post he saw service in Kenya and Libya, resulting in him being recommended for Commission.

In 1969, Don was promoted to Senior Warrant Officer of the Royal School of Military Engineering. Here he was President of the Officers Mess, which saw an annual turnover of £25,000. Don left the army in 1972 after 22 years service.

He now lives in Australia and is a member of the Airborne Forces Association Western Australia. 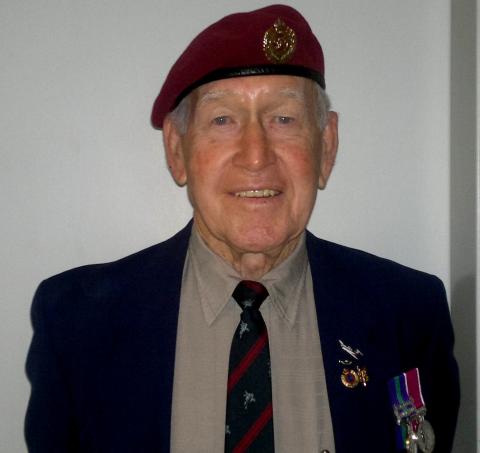