Donald E Wigley enlisted into The Royal Artillery before volunteering for airborne forces in November 1942.

Fusilier Wigley began ground training at Hardwick Hall on 16 November 42 and moved to RAF Ringway on 27 November 1942 on Parachute Course 39 which he completed on 6 December 1942.

He was posted to HQ & Defence Platoon, 1st Parachute Brigade and went to North Africa on Operation Torch. He became a Prisoner of War on 13 March 1943. He was sent to P.G 82 in Arezzo Italy (The initials "P.G." denote Prigione di Guerra (Prison of War)). He was later sent to Stalag XIA at Altengrabow in Hanover, Germany.

Records so that in December 1945 he was posted to the Royal Scots Fusiliers but by July 1952 he was serving with Airborne Forces Depot.

In 1960 Sergeant Wigley was the Custodian of the Airborne Forces Museum at Aldershot and served at the Depot until he retired after 22 years military service in 1963 and moved to Scotland.

Until retiring and relocating he was the Aldershot’s PRA (Parachute Regiment Association) Secretary, but records show by 1967 he was back living in Aldershot and Secretary of Aldershot PRA.

While with the Regiment Sgt Wigley represent his units in Shooting and Basketball. 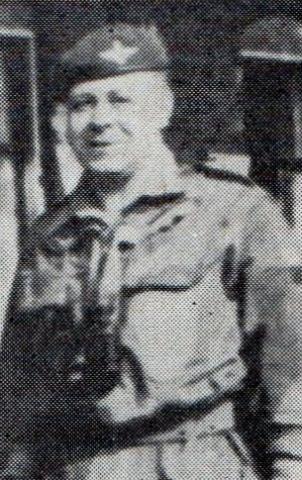