Donald Kimber was born in Brentwood Essex in 1926, son of Leslie and Hilda Kimber. He enlisted into the Durham Light Infantry.

Pte Kimber later volunteered for airborne forces in late 1944 and qualified as a military parachutist on Couse 142 which ran at RAF Ringway from 13 to 25 November 1944. The course instructors' notes record  "Average performer, good worker, cheerful’. He was posted to 2 Platoon, A Coy, 8th (Midlands) Parachute Battalion.

He saw active service in Operation Varsity and the Advance to the Baltic. After the war Corporal Kimber served in Palestine until his discharge in 1947.

Pte Kimber joined the TA in c1950 and was still serving when he died of a heart attack in 1964. 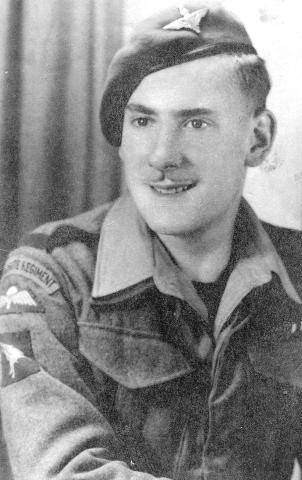