Private Donald Clifford McArthur volunteered for The Parachute Regiment from the Royal Artillery, and attended parachute training course number 98 at RAF Ringway, between 10 and 21 January 1944. His course report stated that he was ‘cheerful and dependable, parachuting good performance’.

Pte McArthur served with the Mortar Platoon, 9th Parachute Battalion, and parachuted into Normandy on D Day. He was one of those dropped wide, and was subsequently taken prisoner in camp IVB.

Donald McArthur was a member of the Coventry Branch of the PRA. 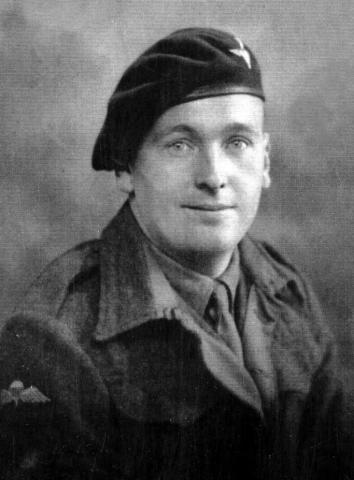