Private Donald Cameron Macaulay, was from Liverpool and served with The 3rd Battalion, The Parachute Regiment (3 PARA).

He served in Northern Ireland and was killed in a Command Wire Improvised Explosive Device (CWIED) attack on a vehicle patrol South Down near Mayobridge on 18 November 1989, aged 20 years old.

It was during a tour of Rathfriland that 'A' Company had three soldiers tragically killed when an IRA bomb was detonated beside their Landrover. The attack took place on Saturday 18 November at Mayobridge when a massive command wire initiated device blew the first of two Landrovers completely off the road. Three soldiers were killed instantly. They were L/Cpl Steven Wilson and Ptes Donald MacAulay and Mathew Marshall. Miraculously, the fourth soldier in the landrover, Pte Lee Manning, survived, which is incredible, considering that the vehicle was totally destroyed by the blast.

The dead soldiers each had a funeral in their home towns and it was remarkable how strong the immediate relatives were, even in the midst of their grief. Indeed, the mother of Donald MacAulay said to the assembled media at his funeral, whilst holding her son's beret in her hands, "It's the badge he lived for and the badge he died for". This sentiment was not untypical of other individuals' reaction to the tragedy. Such a tragedy must however affect everybody within the battalion deeply and it was a very difficult time for us all. The Battalion was able to pay its own respects to the dead at a Memorial Service on 30 November, here in Palace Barracks.

Private Donald 'Mac' Macaulay; was 20 years old and came from Liverpool. He was a member of the 4th (Volunteer) Battalion and was trained as a butcher in civilian life. He joined 'A' Company in April 1989.

Mac was a bright and lively personality with a keen sense of humour, being well known for his practical jokes. Although only with 'A' Company for a relative short space of time he was a very popular and likeable young soldier.

He died doing what he loved best, being a soldier in the Parachute Regiment. Nothing can replace the emptiness that is left amongst his friends and family with his passing, but all are proud of the professionalism he showed throughout his all too brief career.

If you are part of Private MacAulay's family and would like to complete this biography, you can apply to the curator to do so. To do this you will need to become a member of ParaData and select the 'friend or family member' option on the registration form. If you would like to find out more about becoming a member please visit our registration page. 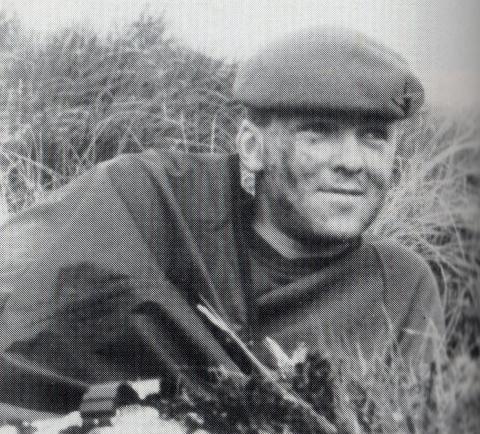