Desmond Page was born in Maidstone, Kent, but moved to Birmingham in 1937.

He enlisted into the 58th Regiment, Royal Amoured Corps in June 1942, and was trained in tank crew activities. He was then transferred to the 9th Royal Tank Regiment where he acted as gunner, mechanic and co-driver.

In January 1944 he began training as a Glider Pilot. Corporal Page was given initial training in a Tiger Moth, before moving on to Horsa Glider training. He was awarded his wings in May 1944 at RAF Hemstead Norris.

A month later he joined E Squadron, and began training for Operation Market Garden. Sergeant Page was part of the second lift, landing on Zone Z.

He eventually escaped back across the river and returned to the UK, where in February 1945 he was transferred to F Squadron.

In March 1945 Staff Sergeant Page was part of the Coup De Main party for the Ox and Buck Bridge  over the River Issel near Hamminkeln Station in Operation Varsity. He co-piloted the 3rd glider, managing to land under heavy fire with minimal casualties.

Returning to the UK in April, he transferred to D Squadron where he assisted in running a Battle Course, transferring to N Squadron in July. S

To read a personal account of Des’ training and experiences in Arnhem and the Rhine Crossing click on the link below.

Photograph courtesy of The Eagle Magazine

By Rebecca Blackburn with information supplied by Des Page

I was born and educated in Maidstone, Kent, but with my mother and father, moved to Birmingham in 1937. 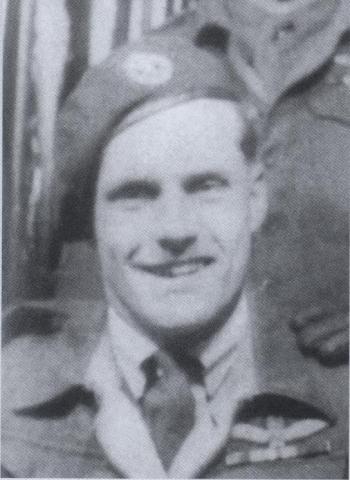