After receiving preparatory training at Hardwick Hall, he assembled at RAF Ringway for parachute training course no 24 which ran from 24 to 30 August 1942. The course cadre mainly comprised of men from the 5th Parachute Battalion, and reinforcements, like Deryk Venables, for No 1 Parachute Brigade. He completed the 7 descents, consisting of 2 from balloon and 5 from converted Whitley bombers, necessary to qualify.

After qualification he was posted to North Africa as a reinforcement and joined R Company, 1st Parachute Battalion in early 1943.

He later deployed to Italy with 1st Airborne Division and took part in Operation Simcol, a mission behind enemy lines to rescue and repatriate Allied PoWs who had escaped from prisoner camps following the Italian Armistice. He was captured by German forces and remained as a PoW until the end of the war.

Compiled by Harvey Grenville with the kind assistance of Mike Venables 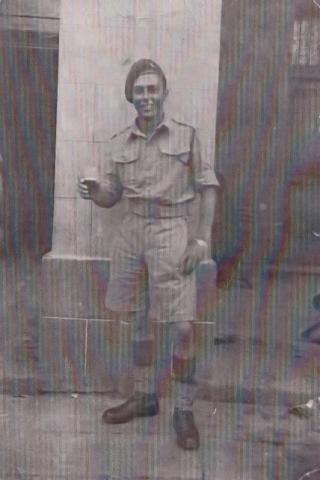