Derrick Hall enlisted into the Royal West Kents in 1955 for his National Service.

He volunteered for The Parachute Regiment and after passing P Company, he undertook parachute training RAF Abingdon.

Private Hall was posted to 2nd Battalion, The Parachute Regiment (2 PARA) at Aldershot.

In July 1956 he went with 2 PARA to Cyprus to relive 1 and 3 PARA and went to Suez by sea. Docking at Port Said, he went to Al Cap when the ceasefire was announced.

2 PARA returned to Cyprus to fight in the EOKA Campaign.

Pte Hall returned to England in 1957 and was demobbed.

Derrick regularly volunteered as a guide in the Airborne Assault Museum and was a valuable member of the group of Veterans that talk to the public about the museum displays and the Parachute regiment and Airborne Forces.

Derrick lost his long brave battle with cancer on 8 February 2016, he will be sadly missed by his friends at Airborne Assault. 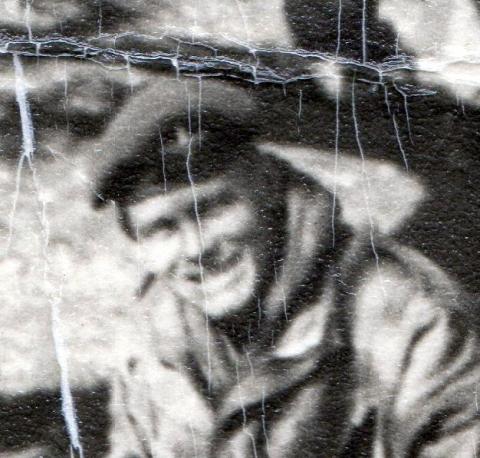